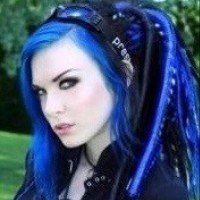 Sims 4, energy healing, and being happy! How about you?

Jacqueline is not in a team